Brian McLaren is an innovative and often controversial thinker in both Evangelical and Progressive Christianity. He has been called one of the "Most Influential Evangelicals in America," as well as a false teacher and a heretic. Brian has written over 20 books on a variety of topics.

Brian McLaren's passion for the environment is evident in this interview. He feels strongly that it is the Christian's responsibility to take the lead in environmental responsibility.
BrianMclaren.net
Share | Download(Loading)

Anna Jane Joyner is an environmental activist. Growing up in the mountains of North Carolina she became very concerned about mountaintop removal. Anna Jane also grew up in the evangelical, charismatic Christian world as the daughter of Pastor Rick Joyner of Morningstar Ministries. This has made her especially well equipped to speak to Christians about their responsibilities to care for the earth. Where Are We Going? 10 - Environmentalism! Normally we discuss a specific film on this podcast, but this time its an interview with Gareth Higgins. This is a fascinating discussion of film and faith, and the way movies shape the way we see the world.

Check out GarethHiggins.net for more from our guest including his exciting work producing the Movies & Meaning festival.
Share | Download(Loading)

Where Are We Going? 9 - Art & Christianity

Poet Amena Brown, activist/performers Jay Beck and Tevyn East, and founder of the Movies & Meaning festival Gareth Higgins talk about art and its relationship to Christianity. We talk about the artist's struggle to create within the church, the different forms art can take, and art's ability to change the world.

Mitchell Jones is a gay pastor who lives in Virginia. He tells his story in a new book called Coming Out: A Journey to Authenticity.

This is an extended version of the interview included in the Gay & Christian Identity episode.
Share | Download(Loading)

Where Are We Going? 8 - The Struggle Between Gay & Christian Identities

This is one of the most contentious issues for many Christians today. This show features a variety of perspectives in an attempts to bring respect and civility to the discussion. Jason Wiedel talks with Rev Amy Piatt who has experienced protests due to her open and affirming position. Jason also talks with gay pastor Mitchell Jones author of Coming Out: the Journey to Authenticity. 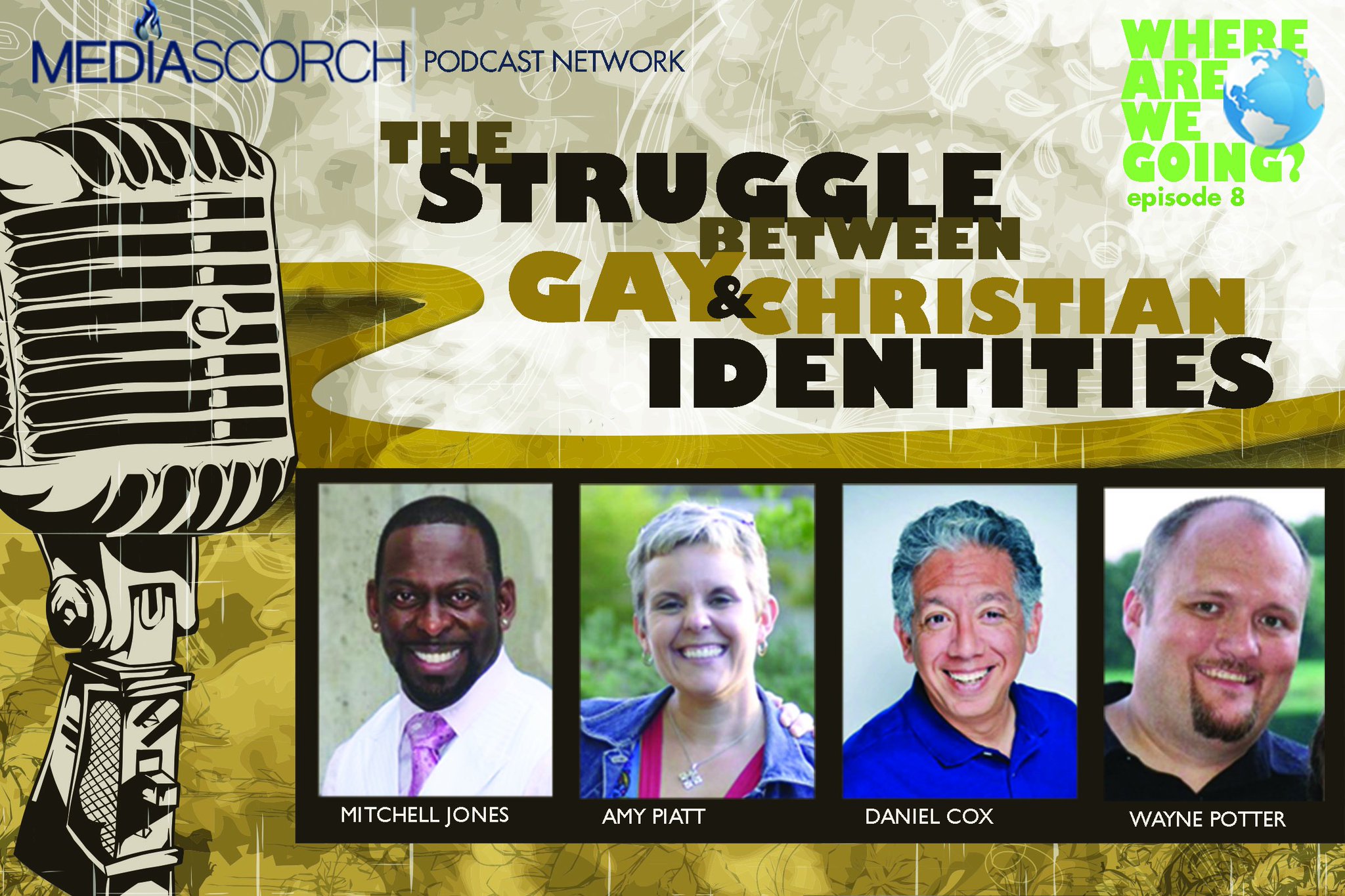 Where Are We Going? 7 - Thanksgiving

It is really easy to lose touch with being thankful in the middle of preparing for holidays. Rev Mark Sandlin of the Moonshine Jesus Show and Amy Morin, author of 13 Things Mentally Strong People Don't Do, talk about what it means to cultivate gratefulness and reject selfishness.

Ex Machina is a fascinating film that examines ideas such as consciousness and humanity. Michael Hardin brings the philosophy and theology of mimetic theory to the discussion with Jason Wiedel. This conversation not only shines a light on the film, but also on some big ideas about society and culture.

Where Are We Going? 6 - Mental Health & Christianity

It seems that most churches struggle with the way they should respond to issues of mental health. Is mental illness real? Is is physical? Is it spiritual? Is is something that people can overcome by simply choosing to get over it? Can we pray it away?